After a decade of social media we’ve all started to understand that what we post on social media about our lives isn’t what it really is. We’re selective about what we post. We only post the best things that are happening to us (hey look I’m on a European tour) and not the worst things (I just got fired). Like in this viral video from last year.

So when you scroll through your social media feeds you can’t help but feel a little depressed when you’re having a bad day. Depressed because it appears like everyone else is having a much better day or life than you. While you’re slogging away alone in the office on a weekday night, at least one of your friends is updating your news feed of a beautiful beach holiday they’re having. When you just broke up and you’re heart broken, someone on your feed is posting pictures of a romantic date with his new girlfriend.

Real life isn’t like that though. For every great story to tell there is sometimes a bad side to it. A bad side that we often feel too vulnerable to share.

Today I’m going to do the opposite. I’m going to tell you all the things I have going for me and the truth behind them

1) Appearance: I sometimes wear designer stuff. I must be rich.

The designer stuff I wear are mostly gifts. I have really generous friends who give me nice gifts sometimes for my birthday. I just keep wearing them over and over again.  If I ever do buy any designer stuff I would have mostly got it on discount at an outlet store or a big sale. I don’t and can’t really afford to walk into a designer store in Pavilion and shop up a storm.

I have spent some money on some really expensive watches but I think that was a phase I went through two years ago. I haven’t bought any watches since and I kinda regret spending so much money on those watches.

2) Appearance: I’ve made it rich after our recent IPO. 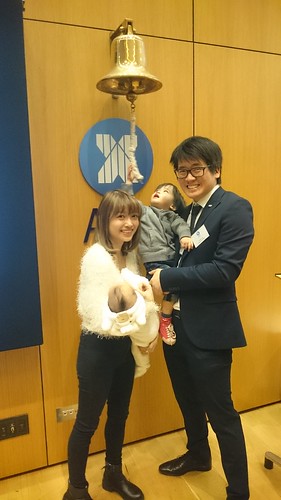 Truth: Most of that wealth is in shares in our now newly listed public company. Shares that I don’t intend to (and can’t) sell. When it comes to real money I have a lot less than people think I do.

I feel insecure about whatever money I have right now too. Insecure for the fear that I might invest it wrongly and lose it and guess what… with the latest stock market meltdown I am losing money.

3) Appearance: My job excites me and I’m doing something I’m passionate about.

Truth: While my job does excite and I’m very passionate about what I do, I sometimes struggle with the stress that comes with it. I often don’t sleep well at night. Some nights are spent counting the hours away till morning so I can get out of bed and get back to work.

I also can’t fully take my mind off work on my holidays. Often replying emails and chat messages about work. My body is there at some of the best times and experiences of my life, but my mind is often too far away to savor it.

4) Appearance: I fly business class all the time. 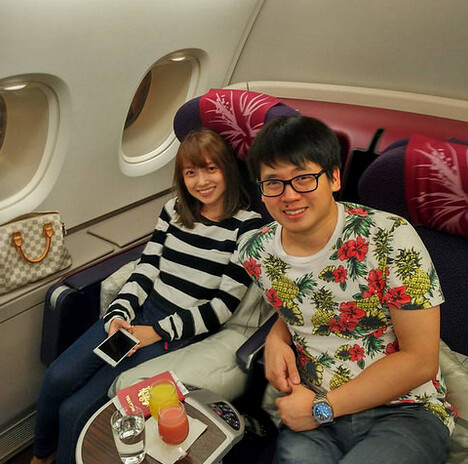 Truth: I don’t. When I travel for work I don’t travel business class unless it’s a long flight. While I believe that flying business class helps me get rested better on the plane so i can perform better at work when I land, I’m cautious about spending company money on business class tickets.

When I travel for personal holidays, my business class tickets are either sponsored or redeemed with my many many frequent flyer miles I’ve compiled.

5) Appearance: I have many properties and only get richer as they go up in value.

Truth: I only had a couple of properties. A small apartment building I invested in with some friends a couple of years ago that I have since sold.

And a nice house near Mont Kiara. It’s fun owning property for a while. What’s not fun is realizing how much money you owe the bank, finding a tenant to rent the place and maintaining it. In the apartment building in London a storm once blew off the roof and cost us money to repair it.

In the house I own in KL I once had a leak that damaged an entire area and cost money to repair. Dealing with contractors to fix the damage was as painful as the money spent on it.

My house in KL has been empty for two months now after the previous tenant had to cut short his tenancy and agents tell me it’s very unlikely I’ll be able to get another tenant soon. My house in KL hasn’t really appreciated by much too. Well it has on paper but if you factor in stamp duty, legal costs, agent commission and how much I’ve had to spend on repairs, if I sold it today I would hardly have made a profit.

6) Appearance: I spend a lot of time with my kids and they’re really close to me.

Truth: While I do spend a lot of time with both my kids and Fighter is close to me, Penny isn’t. She often cries when I carry her and would rather Shorty or my babysitter carry her instead. Clearly the time I spend with her isn’t enough.