One of the topics that has often been in the news in the past few years is our “brain drain”. We’ve had lots of smart and talented Malaysians who graduate with good degrees and great results but choose instead to work and settle down overseas as opposed to come home. It’s a little bit of a surprise to me that only in the recent years did this really become a topic we focused. I’ve seen it happen since I first started university in the UK back at 2003. We were just at the beginning of our 3 year degree and yet almost all the Malaysians I met there had a clear mission in mind. They were all going to study hard, get their First Class Honours and find a job in the UK. If they fail to get a job in the UK, they would then try the USA, Hong Kong or even Singapore. Anything but going back to Malaysia. 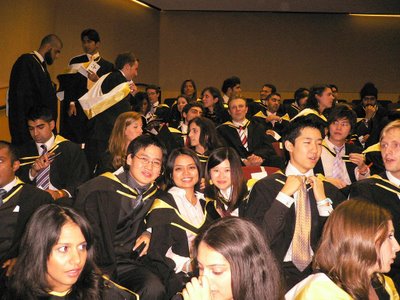 True enough at least 50% of all the Malaysians I knew in London had chosen to stay in London. Of the 50%, some of them had jobs but some didn’t. Those who didn’t get a job vowed to stay there until they did. I was in the remaining 50% of Malaysians who wanted to come home. I love London and all that but home is home. It wasn’t just among students in the UK though. It’s friends everywhere else. I have friends who studied in Australia but failed to get a job there after graduation. They didn’t want to come home so they stayed there for years living off part-time jobs, being waiters at cafes, promoters and jobs like that. Mind you that some of these people I knew were top scorers in their school days but yet would rather be waitering tables in Melbourne than come home and work in a bank in Malaysia.

Sure I know why some people don’t want to come home. I’m well familiar with that. It’s something a lot of my Malaysian friends at university always educated me on. They asked me day in and day out “Why do you want to go home? It’s better here.. equal rights and you get paid more too”.

I always replied... “You said it yourself. It’s home”. Today I still believe the same thing. I’ve been lucky to travel all around the world for work and I’ve seen the life of different cities. I still believe though that Malaysia is a great place to live and a place with lots of opportunity. I can go for a jog in the park and just make friends with any of the strangers I see there regardless of whatever race they were. They’re all just Malaysian to me.

The good news is that in recent years more I’ve seen more and more of my friends moving back to Malaysia from overseas and they have done good things. I’ll talk about two of them here as an example. One of them is Shaun and one of them is Wilson. They were both straight-A students. Shaun here graduated from the London School of Economics and worked at Ernst & Young in London for a few years.
Wilson here on the other hand studied in Warwick University and worked at an investment bank in London called Dresdner Kleinwort. After a few years in London they both decided to come back to Malaysia. Together they started a beverage distributor that’s now doing really well. Plus just recently they hopped on to the group-buying craze and started Milkadeal.com. It’s a site where we can get really good deals out of anything, like 50-90% discount just by getting our friends to buy together and take advantage of volume discounts. You can check it out here. So if you’re Malaysian and overseas. Come back. Malaysia as a developing country still has challenges… but it is still home and I truly believe it’s getting better.