This article is in collaboration with Panasonic OLED TV.

Have you ever been in a mall, standing in front of a TV shop admiring whatever big TV they have on display as it screens high definition nature videos to show off its colour?

I know I have. I would watch it for a while and imagine how beautiful it would look in my living room and fall into the temptation of checking its price. When I make eye contact with the price tag, my body would exhibit a natural jerk backwards as the words “SIAO!” would leave my mouth. I watch a lot of TV but I find it so difficult to fork out anything in the 5-digits of Ringgit to buy one.

Then just a couple of weeks ago, I got connected to Panasonic who decided to let me have one of the best (if not the best) TVs in the market now just to see if I might change my mind about how much I would spend on a TV.

The TV they got me was a 65″ Panasonic FZ-950 OLED TV. It’s this beautiful baby right here. 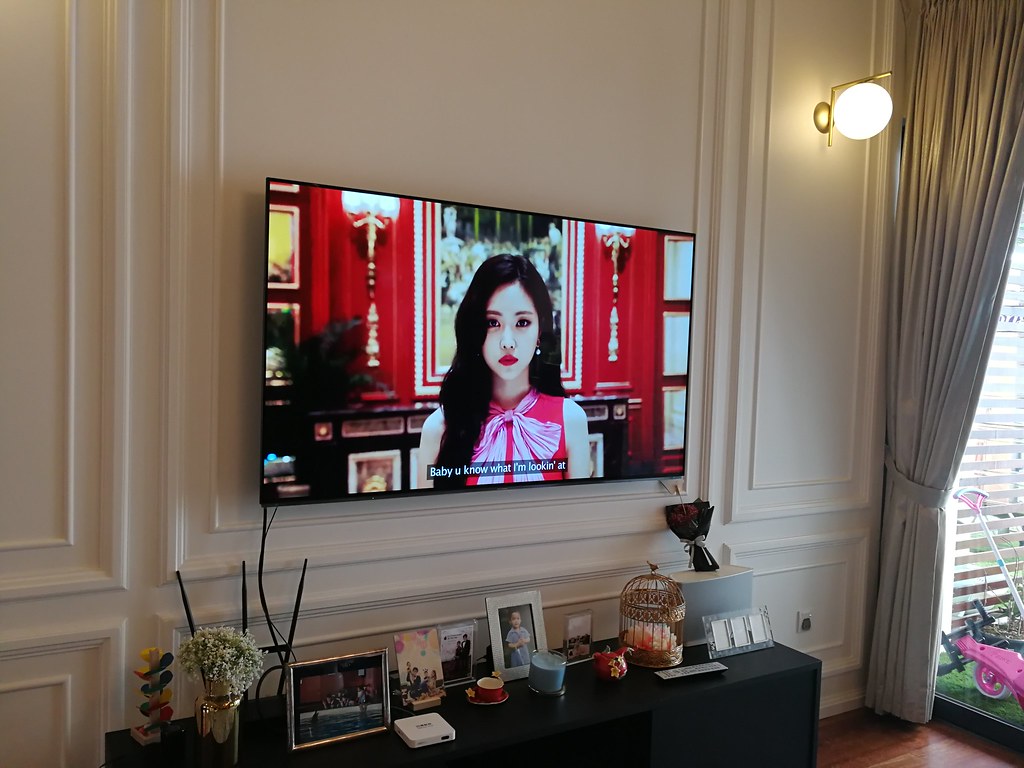 This TV has such accurate display of colours that it is known to be used by many producers/actors/artists in Hollywood to screen their own videos.

I’m all about aesthetics so it matters to me how the TV looks. I love its super slim side profile and I love how the screen expands to the very edges of the frame. This makes it look really beautiful when I sometimes leave the TV on to look like a piece of art on my wallet than a TV like this.

But okay.., beauty aside the big question is… is it worth buying what I would refer to as a “Super TV” or the current top of its class in the market. Well after using it for a few days here’s what I’ve totally underestimated.

I gotta admit. 5 years ago I probably hit the minimum amount of time I ever spent daily on a TV. Why? We would just watch things off our computers or phones or iPads. That has changed significantly for me.

Why? Well… a few reasons ranging from Netflix constantly coming out with binge-worthy content to dominate every free hour to technologies like Google Home and Chromecast. With Google Home if I ever wanted to watch something, I just say “Hey Google, play Friends on Netflix” and it’ll come on right on the TV and pick up where I last left off. Much much less effort than it would take me to search for it on my phone.

Then there is the Chromecast. Any video whether it’s on YouTube and all that I would have watched on my phone? I just click one button and it goes on to the TV.

Because the applications of TV have grown so much more in our lives, I find it much more worthwhile to have one good one. Also I think that the amount of innovation each new iteration of our living room TVs have gone through have largely gone unnoticed. I mean look at the apps that the newer TVs come with now, so much that my TV that’s just 5 years old really feels like a Pentium PC.

Another reason why we use a lot more TV apart from its expanded applications is that I find we spend much more time at home. Partly due to technology. We used to go out a lot to socialise but we do a lot of that from our phones now. We also used to have to go out to buy new clothes, groceries or sometimes that irritating one multi-plug we are short of. Well we don’t anymore. I find myself just buying everything online and staying at home much more.

This is even more compounded by the fact that we now have two kids. So it’s a lot more difficult to go out and we really really pick our trips. The rest of our time is spent at home where the kids will play with their toys or watch some TV. The things kids can watch on our TVs these days aren’t the limited options we had as kids from Cartoon Network. Now they have everything from all the Disney shows on Netflix to Ben & Holly on YouTube.

Some of the happiest times I spend at home is when our whole family of four is sitting on the sofa watching TV.

3. There is a noticeable difference with the experience of watching an “okay TV” to a “Super TV” like this Panasonic OLED one.

My mom was watching Britain’s Got Talent on YouTube on it just a few days ago and the way the screen stands out at you with the built-in sound that comes out really doesn’t make you feel like you’re just a spectator to the experience but that you’re part of it. This is one thing that I just can’t figure out how to explain in words.

But then again there is still that thing about the price. How do we justify spending so much more on a super TV?

Well… I did some math.

When the four of us (two kids included) go out for a movie, we pay RM60 for tickets on a movie that goes on for an average of say two hours. That’s about RM30 an hour.

The TV is used by 4 of us at home. I estimate that it’s on about 4 hours a day on weekdays (two hours by the kids dancing to Psy or watching Peppa Pig in the background, and about one or two hours from me and Audrey each night). But just to account for some nights that Audrey and me might go out, lets just take 3 hours as an average for a weekday.

On weekends we watch more. I estimate about 5 hours in total. So per week we watch about 25 hours of TV. That’s 1300 hours of TV a year.

This Panasonic OLED TV that I have cost about RM10,999. If I divide that by the hours I use a year it would be RM8.4 per hour and that’s if I assume I keep the TV only for a year. Realistically though TVs will last us at least 5 years. So If I take 5 years that would be about RM1.70 per hour. That’s gotta be like the cheapest form of entertainment there (minus the electricity which probably won’t be material).

Based on this, owning a “Super TV” is a great investment and I’m glad Panasonic gave me the chance to experience on before I came to this conclusion.