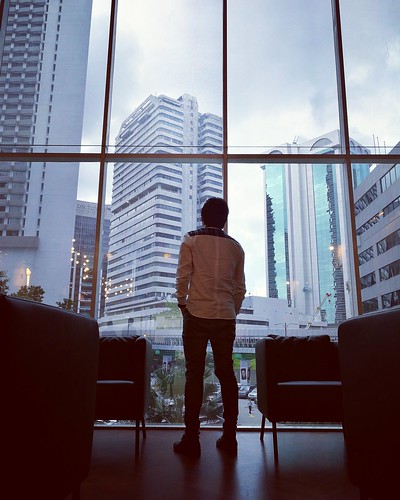 Six months ago the world was (and still is now) on coworking space fever. Everyone was looking to build a coworking space to be the next WeWork. JLL came up with a report to say that this year there are 36 coworking spaces in KL alone. That’s a lot of flexible officespace supply in one city and it doesn’t even count the big boys from the serviced offices. I won’t be surprised if it doubles next year.

My answer was simple. “I want to be the most profitable”.

Most coworking spaces take on the WeWork queue of going for freelancers and startup entrepreneurs. They talk about collaboration, community and networking. The problem with that is that it’s a niche. That selling point will sell to freelancers and startup entrepreneurs, but everyone else who isn’t (which is 99% of the workforce) don’t care about that. What Colony decided to go for isn’t the 1%, but the 99%. We wanted to change the experience of work.

Sounded like a plan but I was cautious with our investors. I told them that a typical serviced office can take 12-18 months to breakeven and that I would try to do it in 6. Even that would be a feat. We set aside money in preparation for that 6 month burn… but that didn’t come.

When I learned that we not just broke even but made a decent profit in our 3rd full month of operations, I reacted with disbelief. “No fucking way” I messaged my team over Slack.

They replied with “YES YES AND YES FUCKING WAY”.

I then combed through the P&L, Went through every figure to make sure every single expense was accounted for. That every line in revenue was real and when I couldn’t find anything wrong I sat back in my chair. I felt a sudden high rush through my blood, the joy… better than buying a new car or a watch. The joy that we’ve achieved the impossible and possibly broken a record in the coworking space and serviced office industry in Malaysia.

That feeling reminded me of why I do what I do. It’s not the money. We’ve had 2 exit opportunities in the 3 months of Colony. I’ve taken neither of them because I want to go through the painful rollercoaster journey of ups and downs and slowly building this into a great company and have a really meaningful exit for our investors.

The coworking space industry and serviced office industry is a competitive one. It’s not just the WeWorks of the world that are coming in but the big boys like the Regus and Servcorps who have been in this industry for decades. Neither of them are sleeping giants. Both Regus and Servcorp are very well run companies, managed by very capable management teams, armed with huge war chests and profits that would make anyone’s jaw drop.

So we keep running and we keep striving to get better. At our weekly meetings with the team, one of the things I always ask is “Tell me what complains have we had from our clients in the past week.”

Once the room was silent for a while until someone spoke up to say “None“. My response was “It can’t be none because if there’s none that means we’re running things perfectly, and I’m confident that we’re not perfect because if we are, we’re saying we can’t be better”.

Our little milestone of profitability in the first 3 months isn’t because of things we did right. Not at all.

So to do better we need to keep doing more right things, and less wrong things. And we need a little luck.