I used to be a huge supporter of Malaysia Airlines. Like it’s always my first choice of airline even though their planes are getting old and even though there’s a safety stigma to it. I stuck with it through thick and thin.

Not anymore. Here’s why.

Today was the day I was supposed to fly back to Penang with the kids.  I packed my wife and two kids into the car as we headed all the way to KLIA. I proudly marched to the check-in counter and served up our ID and our air tickets.

The lady behind the counter punched away at her computer only to look at me a few seconds later and say
“Sorry Sir your flight is full.”

Naturally my response was

“What do you mean it’s full? I booked it long before. Here’s my itinerary”.

She then replied
“You checked in too late.”

I first looked at my watch to confirm I was 1 and a half hours early, then at the bunting next to me that reminded passengers to check in “60 minutes before departure”. So okay I was 50% early in terms of minutes. Once certain that I was indeed early for check-in, I relayed that to her in which she replied

“Oh check-in opened 48 hours before departure time. So everyone else checked in before you”.

The logic of that dumbfounded me. I grabbed my head and banged it repeatedly on the hard counter top in front of her… okay I didn’t really do that but instead I gave her this look. 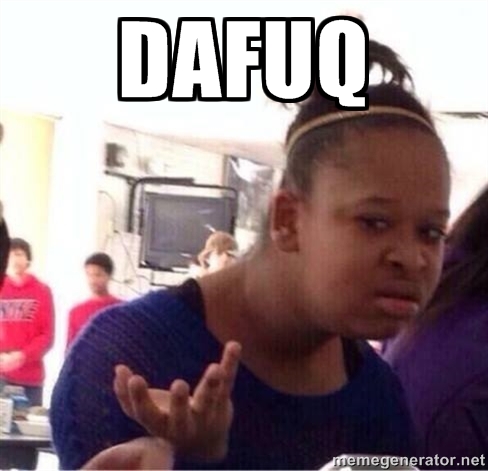 She then said the flight was overbooked and they had to put me on the next flight which is 4.20PM. 6 hours later. I asked for business class instead then but even that was full. So I went

“What am I supposed to do here for 6 hours with my two kids?”.

I don’t know what I expected her to say. Maybe something like “How about I give you shopping vouchers to Mitsui Outlet or a free 3 hours spa session that will leave you with jelly limbs”. Instead, the response Malaysian Hospitality gave me was “I can give you lounge access”.

My imaginative mind flashed to a scene where invading Mongolians were pounding at the Great Wall when the Emperor of China at the time came out and said
“MONGOLIANS! STOP! DO NOT INVADE CHINA!  Go back where you came from and I shall make it worth your while. I shall give you…. wait for it…. SUNLIGHT! (But only for 12 hours a day).

Back on Earth I looked at the MAS lady behind the counter and said “I can’t spend 6 hours in the lounge even with my kids. Can you just cancel my flight and fully refund me?”.

She said okay she’ll check and she darted away for  while. Meanwhile my Supreme Leader (aka wife) approached me and asked me what was going on. When I told her she took a bottle of 12 year Chivas, smashed it on the counter and pointed the jagged edge of the bottle in the air in anger. Okay fine that didn’t happen, but it might as well have…  every sip of a 12 year Chivas is like a kick in the throat. Seriously Chivas what do you put in there?

The Supreme Leader was angry and possibly even more angry considering that I was so calm and casual about the whole thing. Well I’m normally not, these kind of things normally piss me off and I go all apeshit and all but these past few months I’ve been trying to control my temper and be zen and all. Supreme Leader made no such commitment though, so without being able to find anyone to scold she hunted around for the nearest male wearing a green suit jacket or a lady wearing the MAS batik.

Fighter trotted next to her on to her next battle while Penny stayed with me at the counter.

A few minutes later MAS lady came back and she told that I have to write a letter to get a refund. Okay… annoying but I was still zen so I appealed to her to not inconvenience me for having to do that when I’ve already been inconvenienced for coming to the airport with my family only to find out we’ve been kicked off our flight.

She sheepishly said “I’m sorry this is company policy” and then looked away, She looked scared. Something told me she had been through this before and she knew that the words “Company Policy” brings out the “FUCK YOU UNDERSTAND” in any customer. So she was waiting for me to blow up… but instead I curled my palms upward and touched my index fingers with my thumbs.

Next thing I know I saw her printing out a boarding pass and I realized she was checking me into the 4PM flight. I told her woah woah I can’t wait for 4PM. Please cancel my flight in which she again said she can’t… company policy and shit.

Still zen about the whole thing I asked

“I know I know this is not your fault. It’s your company and you’re just doing your job. Can I speak to your manager?”.

She then brought my family and I (Supreme Leader had just returned from her hunt of anything in green) went to see her Duty Manager. There we sat down and after explained our situation the Duty Manager that went by the name Jeffrey basically said:

1) It’s not our fault. It’s the airline’s fault. We did nothing wrong.. But there’s nothing they can do (Actually there is but it’s just too much effort Tim… too much).

2) Yes they could have informed us ahead of time that they moved our flight but they didn’t. (Neh neh ni boo boo)

3) Because my flight was redeemed with points I won’t get a refund. (That’s right Tim. FUCK YOU! Because we can).

4) This happened yesterday too but today is worse (So don’t be sad you’re not the only one that got fucked today).

5) Oh by the way the 4PM flight is now overbooked so our earliest flight is 7PM (and because you came here to complain to me here’s another FUCK YOU).

Sitting across from me I could see Supreme Leader heating up. Her face was flushed red like she had just emerged from a volcano and she shouted in her cute voice at the guy. I say cute because Supreme Leader doesn’t seem to have a loud voice box. Shouting to her is like talking loudly to an average person and while she normally speaks in a low voice, Shouting Shorty is high-pitched.

After Supreme Leader completed her artillery small arms barrage I stepped in and asked Jeffrey
“Okay are you sincerely telling me that there is really nothing you can do?”.

He nodded. I said ok, thanked him and then rounded up the family and left.

We ended up taking a car back to Penang with the kids. When we called their customer service to ask for a refund they told us the people on the ground said we requested to change our flight time which is not true.

I later found out that I wasn’t the only one affected by this. I remember overhearing one guy on the phone apologising to his mom in Hokkien (probably same flight to Penang as me) saying he won’t be able to make it home in time for the dinner. He sounded like he was getting a full blown fucking over the phone from his mom because he was just taking it like a man. After he was done he called up the customer service officer and I heard him doing the fucking then.

So much fucking here and there… what a way to start the Year of the Cock Rooster.

By the way here’s Supreme Leader’s account of the incident.