For years I’ve heard many people talk about the Four Faced Buddha at the Erawan Shrine and its powers. The saying goes that if you go there and pray to the Four Face Buddha, your wish will be granted but once granted you have to return there to give thanks by buying some flowers and making an offering or things will start going badly for you. 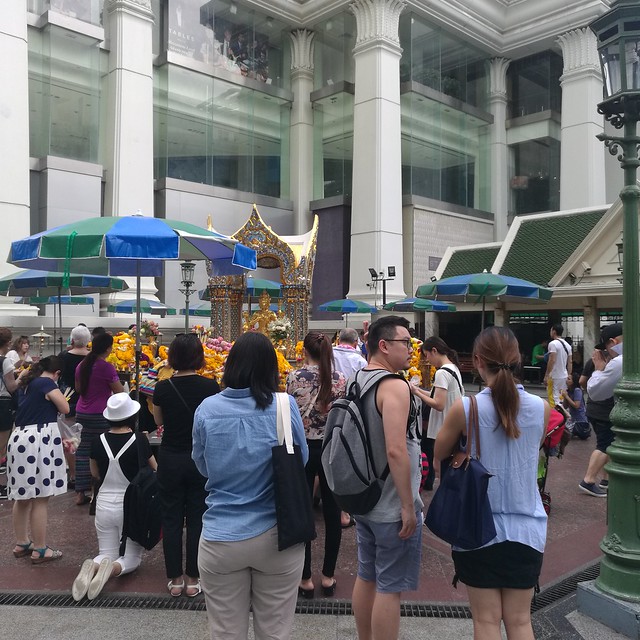 I’ve never really found the reason to go because I’m a Christian so it’s not really aligned to my beliefs but my wife is Buddhist or more like a free-thinker and I respect her beliefs.

Anyway the backstory is that this year hasn’t been a great year for me in one particular respect. Something’s been going on pretty badly in my life and well I do what I do, just fight on and pray every night before I sleep.

Then just a month ago my wife revealed something to me. She said that last year she was in Bangkok and she went to the Erawan Shrine to pray for me at the Four Faced Buddha. The wish she made for me came true and things were really great for me towards the end of last year. If you follow the saying once something comes true you have to go back and give thanks but she hasn’t been back since. She thought maybe that’s why this year hasn’t been good for me.

So this week I’m in Bangkok for the Netccentric regional meeting and my wife asked me to go and give thanks on her (actually mine since the wish was for me) behalf. Ming tagged along.

When we got there the place was crowded with people and we didn’t know where to start. We started looking around the shrine and found a counter that sold dancers but didn’t find anyone that sold the joss ticks and flowers and all.

Ming ended up walking outside and we came across some roadside stalls. A lady motioned for us to go over to her stall and she asked if we were praying or giving thanks.

I said “giving thanks” (Ming said “praying”). So she started gathering a package of joss sticks and flowers and all for us and then asked Ming for THB2,000 and me THB2,800.

Ming and I looked at each other in a manner where I knew we were thinking the same thing. The package had joss sticks, some cigar sticks, small elephant figurines and flowers but even at THB2.8K that’s a lot of money.

I said to Ming “WAH SUPER HIGH MARGIN THIS ONE” but we both decided that we can’t negotiate on these kind of things without seeming insincere to the Four Faced Buddha so we just took it . This is what I got for THB2,800. 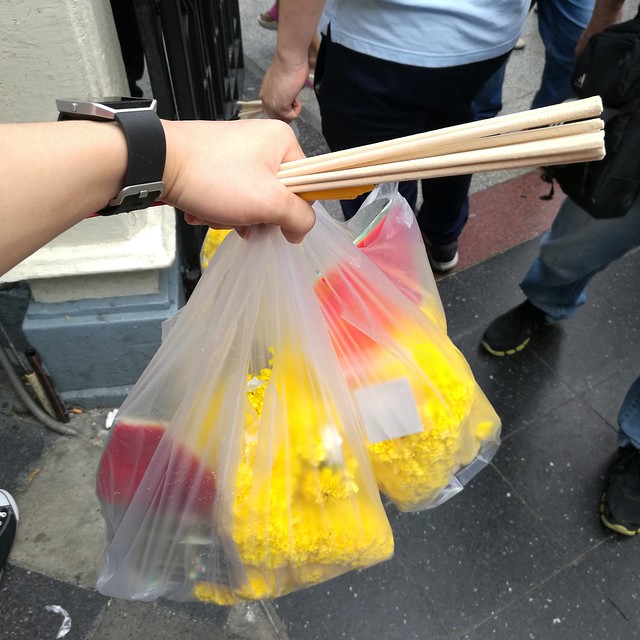 Upon paying, an assistant of the seller brought us around the Four-Faced Buddha and taught us what to do. Start from the front, then pray, then go counter clock wise.

Once we were done she brought us to another stall right outside the shrine where they were selling birds in a cage. She then asked us for another THB1,000 each so we ponied up the money. I couldn’t help but notice the woman selling the birds was an amputee (she had an arm but no hand) so I thought to myself I would give the money to her anyway. 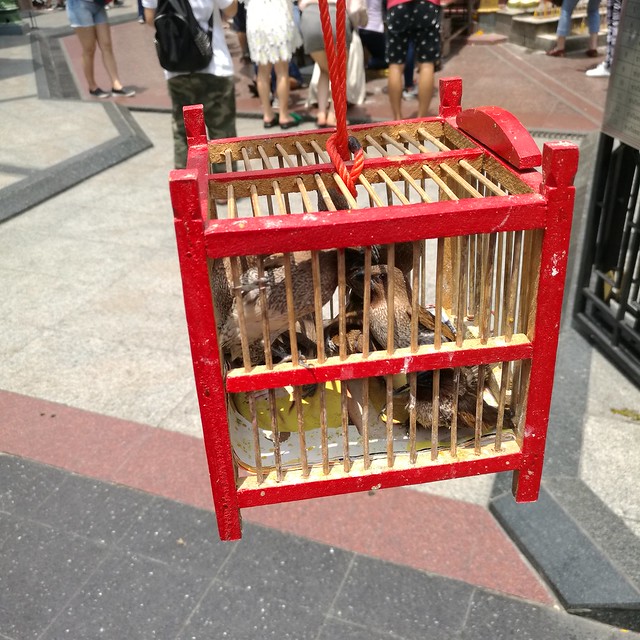 We released the birds and then we were done.

“You know what… I’m very sure we just got swindled there”.

I nodded and said
“Yeah… but it’s hard to negotiate these things and if they’re using God’s name to cheat people then it’s their karma.”

I later started Googling around on how much I should have paid instead for what I got. The answer is about THB500 (as opposed to the total of almost THB4,000) that I paid.

So that’s how I got cheated at the Erawan Shrine. If you’re going there then I think this blog article here gives you a good idea of where to buy your stuff and what to do.