I have been using the same brand of petrol all my life. It’s the same brand that my father used and his father before him. We pump Shell. Sure every now and then when we’re low on petrol and can’t find a Shell we settle for an alternative but every time we have an option, we choose Shell.

I don’t really know why. I’ve largely attributed it to habit so when Shell recently approached me for sponsored content I decided first to do some research on them. Every brand and every company has a story and I wanted to learn their story and the facts to know if it’s something I would feel an affinity towards.

In my research this is what I’ve learnt about Shell:

1) They were the first oil company in Malaysia.

This took me by surprise but it’s true. Royal Dutch Shell first began looking for oil in Malaysia at the end of the 19th century.Then in 1910 its first oil well was drilled in Miri, Sarawak.

The company was started by Marcus Samuel, which originally sold antiques. He later branched into selling the import and sale of oriental shells to capitalize on the popularity of these shells as decorative items during that time. When he passed away, the business was passed down to his sons – Marcus Jr. and Samuel, who in 1897 renamed the company to The Shell Transport and Trading Company. (I guess we’ll never know what kind of business a company might end up in. Hey maybe one day Nuffnang might be an oil company too.)

3) Remember the oil tankers we have today? The Samuel brothers were one of the pioneers of it.

One day the Samuel brothers had the idea of making ships that were built only for the purpose of carrying as much oil as they could. This allowed them to increase the volume of oil they could carry and hence cutting the price of oil. Their business flourished.

I imagine before oil tankers came along people transported oil in barrels which was probably really inefficient in comparison with an entire tanker with one huge tank.

4) But how did the name Royal Dutch Shell come along then?

With his oil transportation business flourishing, Marcus decided to look to the Far East to find other sources of oil. In Borneo he found Royal Dutch Oil and the two companies partnered in 1903 to challenge the biggest oil company at the time: Standard Oil. This partnership and eventual merger led to what is known today as Royal Dutch Shell.

5) If Shell were a country how big would it be?

Shell (Royal Dutch Shell) pulled in USD$421.105 billion in revenue in 2014. That’s about 30% more than the GDP of the entire Malaysia in 2013. If Shell were a country, it’s revenue would make it the 29th biggest country in the world in terms of GDP. Ahead of Singapore, Thailand and the Philippines.

6) Shell was one of the early international companies to start work force equality.

7) Shell has over 950 petrol stations in Malaysia

That’s more than 6 times the number of Starbucks we have in Malaysia (as of 2013. Each and every one of these 950 petrol stations will be undergoing a three-year transformational programmed called “Welcome to Shell” which will bring in a high standard of hospitality and customer service. There are plans to upgrade the Shell Select stores so they’ll have freshly prepared pastries and drinks from deli2go as well as improved facilities like prayer rooms and rest rooms. This will gradually be rolled out among Shell stations, so go out and experience it when you get the chance. Deli2go isn’t just like a case of pastries in the Select Store. It’s a proper takeaway Deli and the pastries are freshly baked on-site. If you want to see what it’s like you can check it out here.

The points above have kinda cemented my affinity with Shell as a brand. So I’ll continue to pump Shell as my father has and perhaps one day my kids might too.

I have this awkward experience that I’ll always remember when it comes to Shell. Okay so here’s the deal. I was 18 and fresh into KL for college. It was my first time being away from home (Penang, where the heart is). I was driving around Subang when the light in my car lit up like a spotlight in a concert. Screaming for me to stop the car and feed it!

Being a good Asian kid I listened to instruction. I found the nearest Shell and stopped my car right next to a pump. I then followed the usual routine. Slip in the Bonuslink card, then my credit card. After that I mounted the pump into my fuel tank like a champ and settled back. All was good. Time to celebrate.

Celebration at a petrol station for me was first going into the little boys room for a wee and then off to the Select Store where I would buy a sugary drink (which duly contributed to my now high sugar level and the cyst in my pancreas) and a chocolate bar (ahh… I should’ve seen this coming).

Anyway when I got back to my car I saw someone cleaning my windshield for me. I was like …. 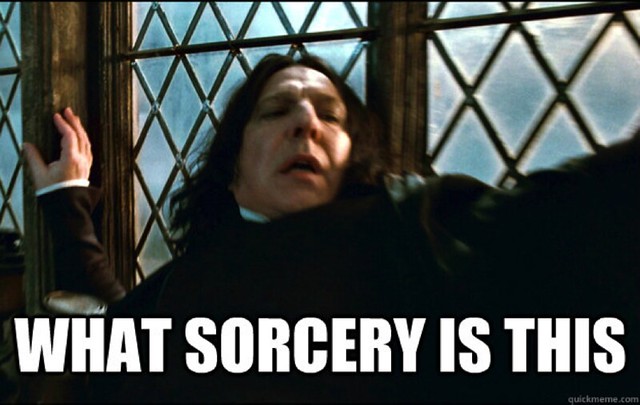 He wasn’t wearing an attendants’ uniform or something so I was confused. Was this part of a new service from Shell? To help us clean our windows? Because I never got that in Penang.

Or was it just some passerby who couldn’t stand how my windshield looked like I had driven through a sandstorm, then up a tornado and through a swarm of flying bird poo.

I walked up to him and looked at him awkwardly. He looked back at me for a few seconds before going back to finish the last of the dirt on my window. My windshields front and back were sparkling.

As I was admiring those windshields my mind was working fast. Am I supposed to pay him? How much? Do I tip him? I thought people don’t tip in Malaysia. DO PEOPLE TIP IN KL?! OMG.

I awkwardly opened my wallet and pulled out the few remaining RM1 notes I had left (I was a student. Don’t judge). I handed them to him and said thank you.

He stared at me for a while and I was wondering if I had insulted him. Trying to figure out what I did to insult him. A storm of questions hit my head at the same time. Was I not supposed to tip? Did I tip too little? Does he want my drink too? Or my chocolate bar? Say something…. PLEASE SAY SOMETHING.

He did no such thing. He just gave me a confused smile and then walked away from me on to another car. I went through that same Shell station over and over again in the next few weeks but I never saw him again. So that my friends is the story of the Mysterious Windscreen Cleaner. And the good news is, with Welcome to Shell, you should this happening more frequently at the stations.

Ok enough of my rambling. Do you pump shell? What are your Shell stories like?