People have always asked me to tell the story of Tuitionhamster.com so here it is.

Ever since I was a boy, all the older people around me told me the same thing

“Study hard now and get good results so you can get a good high paying job when you graduate.”

Everything I did in life was towards this goal. I studied hard in school and at university. During my summer holidays I did summer internships with foreign investment banks in KL to gain some experience and increase the chances of me getting a job there when I graduate. 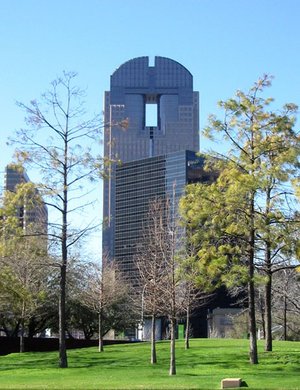 All this changed last summer when I decided to try something different for once and worked with two friends on Tuitionhamster.com.

I’ve always wanted to do business, something everyone in my family has always known but my father never took my ambition seriously and I can’t blame him because at this age every ambitious young man talks about doing business but few ever walk the talk.

So I decided to do Tuitionhamster.com not only to do something out of the norm for once in my life but to prove to my father that I like to do a little more than just talk.

That very summer holiday about a year ago, I was lucky enough to be offered internships from 2 foreign investment banks in KL.

I knew I couldn’t possibly do both Tuitionhamster and work at the same time (since investment banks alone work you to the bone) but I had no choice: I needed to earn money to fund Tuitionhamster.com so I began my work-filled life.

I started work at 7am each day and I got off work at 9pm on an average day, sometimes even later depending on the work load. By the time I got home, had my dinner and took a shower the clock would read 10.30pm and it would be time for me to start working on Tuitionhamster.com. 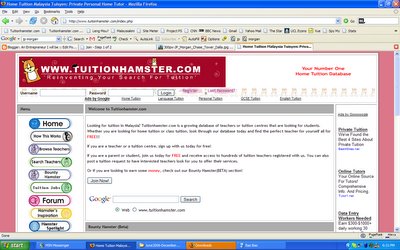 My baby would drive all the way into the city to see me after work just to do nothing but watch me work on Tuitionhamster.com.

Then came the weekends.

My weekends were spent fully on the Hamster. I would be out in the sun giving out flyers or visiting tuition centres asking (actually begging) for their support.

We were sometimes turned down but we never gave up. Because we lacked funding, the first version of Tuitionhamster.com (which was pretty much a DIY job) looked very much like a 9-year-old girl’s homepage with only 9 teachers signed up with us and an average of only 20 unique visits a day.

Yet, 6 months since we started work on the site and 3 months after we launched the beta version of it we were lucky enough to get some publicity help from Jeff Ooi, Mack Zul and a few other very nice bloggers out there.

Then came the newspaper interviews. I can remember the day when our article first came out in The Star. 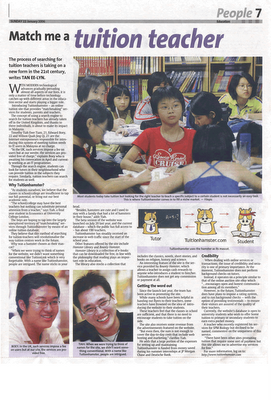 “Son, when you first started this, I thought it was nothing… but now you’ve proven to me that you can walk the talk and if this is what you want to do when you graduate, I will give you my full support“.

Today, we haven’t touched the website in months partly due to our exams but we’re still lucky enough to have over 400 teachers signed up with us at Tuitionhamster.com. 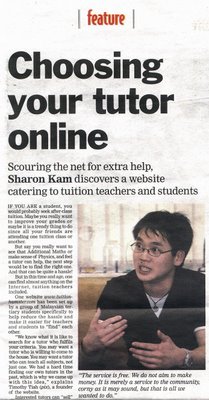 The website sparked off a trend of online tuition agents which charge commissions to make good money (Tuitionhamster.com wasn’t designed to make money). Today there must be over 10 of such tuition websites.

Since we started we’ve had more than 600 messages sent from parents who visit our site to the teachers signed up with us (of course unfortunately, since we have so many teachers and the service was free, not all our teachers have been getting tuition jobs from us).

And all this was done with just a total cost (including marketing costs).

At our peak, I reckon we used to be among the top 5 tuition sites in Malaysia. But since we’ve left the site alone on auto-run without any further marketing efforts, its popularity has dropped from before.

We’re not doing much for the site anymore since we’ve run out of money that is necessary to bring it further (its just there today to serve its existing users). So it is just a matter of time before Tuitionhamster.com dies off (though it is very surprisingly still being frequently used by teachers and students on a daily basis).

Yet, it was the experience we had in building up the website that made this all worth it.

Shortly after graduation, we were faced with the choice of whether to sell Tuitionhamster.com or turn it into a full-time internet business.

In spite of receiving interest from a potential buyer, my partners and I decided to keep it running as a free service for as long as it will last on its own (since our capital was so low, we didn’t need the money).

For months now I’ve been working on a business plan in partnership with a fellow internet entrepreneur from Singapore named Ming that founded the e-retail internet business Gadgeit while he was still a student.. 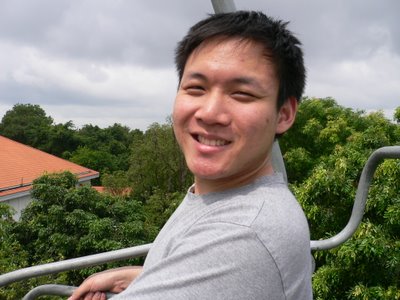 We’ve been making plans in preparation for what we believe (and dream) will eventually be the biggest dotcom in Southeast Asia.

Yet, the big test of faith came when I received a call from my ex-boss at an investment bank in Kuala Lumpur asking if I was interested in applying for an opening they had which offered an excellent opportunity for fresh graduates like myself.

I thought about it for a few days and I came to realize that what I really wanted to do was to achieve something meaningful. A few years down the road, I want to be (or at least try to be) a successful South East Asian entrepreneur.

My partner was relieved that I didn’t fall for the temptation. Today, I sit in my new dotcom office looking out the window at the island of Penang.

When some people look at Penang, they see a small forgotten city in the North of Malaysia. Yet, my partner and I see a city with endless opportunities. Hopefully there is an opportunity waiting for us.

To accomplish great things,
we must not only act but also dream,
not only plan,
but also believe.